The Costs of an Employee Who is Not In the Loop

Got a star employee? That’s a problem. Stars are a symptom of a problem — misalignment on your team. The costs of an employee who is not in the loop can be high, so how can you get everyone in alignment?

Almost every manager can relate: you’ve got a team of employees. A few of them are stars: they do their jobs well, their goals are aligned with the department’s, and they are on top of internal communications. They read every memo and email, and they don’t need to be nagged about new policies, mandatory training, or meetings. They make their bosses’ jobs easy and management loves them for it: who wouldn’t love a reliable employee who is in the loop?

There’s just one problem with super-star employees: they’re a symptom of misalignment within your team.

If you’ve got such noticeably engaged team members, that means that some — probably most — of your team aren’t engaged. Those team members miss internal communications. They don’t read every memo. They have to be reminded of new policies and procedures. There is a third group of employees as well, one manager may dread following up with because these team members are actively disengaged — or to put it plainly, they hate their jobs, are a bad influence on their colleagues and may even deliberately ignore internal communications.

If that’s the case on your team, you have a problem. If not all team members read updates and internal communications, your team is misaligned. And if your team isn’t on the same page, that could be costing you and your company both time and money.

The cost of a team that’s not in sync

According to Gallup’s latest State of the American Workplace report, two-thirds of the U.S. workforce aren’t engaged at work; 16 percent are actively disengaged and 51 percent are just hanging in there. Even more telling: 6 out of 10 employees know what their managers expect of them every day at work. That’s a sign of serious misalignment in the workplace.

A lack of engagement and the misalignment it causes takes a toll on a team, as well as on the entire organization. According to Salesforce, 97 percent of corporate leaders believe a lack of alignment on teams affects the project those teams are working on. A lot of that has to do with disengaged employees – Gallup estimates that employees who dislike their jobs cost the U.S. between $483 billion and $605 billion each year.

Accidents and errors are signs that employees might not be paying attention to internal communication and don’t know what is expected of them on the job. In fact, it’s been shown that a lack of effective communication contributes to a disengaged workforce. Salesforce’s study found that 86 percent of executives, employees, and educators believe ineffective communication is a contributing factor to failures in the workplace.

There’s also the matter of lost time In a 2014 study, Siemens found that a business with just 100 employees spends an average of 17 hours a week clarifying communication. That number is almost certain to be higher for large corporations, some of which may have teams larger than 100 people.

Employees hate being left out of the loop

What makes an employee hate a job? A lack of communication is a big contributing factor — when an employee takes a job with a company, they want to be part of a team. This is especially true of millennials, LINK who often look for work at companies with mission statements that match their personal beliefs, and who would, according to The Intelligence Group, sacrifice a large salary to work at a job they love.

But, no matter how much they love their jobs when they’re hired, when employees feel left out of the loop, they may become resentful. According to research by CEB (now Gartner) poor internal communication breeds discontent; in one study misconduct at work rose 42 percent when companies didn’t tell their employees about important organizational changes. Another study, by the University of Ottawa, showed that it was more psychologically damaging to employees to be ignored than to be harassed. Employees who feel like they’re invisible tended to look for other jobs.

Leaving an employee out of the loop doesn’t often happen deliberately; at least not at first.  People are accidentally left off mass emails, employees are out sick on the day of an important update, managers forget to check in, employees may miss an email or two — all of those little things snowball, and add up to a team with uneven knowledge and employees who feel alienated and aren’t motivated to find the knowledge they missed.

It can become a self-perpetuating cycle: engaged team members will seek out updates they missed, managers may find reasons not to follow up with hostile, angry employees.

A team with an information gap like this can’t perform well, but there are ways managers can close the gap.

Getting everyone in alignment

Aligning a team with a knowledge gap may seem like an impossible task for team leaders. Managers may think they’re already doing all they can to inform and educate every member of their team. It may seem even more difficult for leaders at large organizations to get every team member up to speed; an organization with 100,000 employees has many more uninformed, disengaged employees to contend with, for one thing. (If 16 percent of workers are disengaged, that company has to reach out to 16,000 employees who hate their jobs.) Large corporations are also less agile than smaller companies. They’re often slow to change, and it can be hard for them to change their communication strategies.

Team leaders might not be able to enact sweeping company-wide change, but they do have the power to start the process of getting everyone on the same page. Here are a few simple things leaders can do to address the knowledge gap between team members. 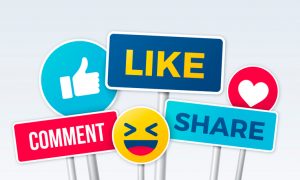 If their company is already using enterprise social networks like Workplace by Facebook, Slack or Yammer, they can use analytics in the tool to check to see who has seen important updates, however managers might want to use a more robust tool — one that requires employees to confirm they’ve read a message, for example. After all, you can’t manage what you don’t measure.

Follow up: Once a manager knows who has seen a message and who hasn’t they know who specifically needs to be followed up with. If an employee hasn’t seen a message, or has seen it and not opened it, it’s time for a follow-up message. In fact, it may be time for a personal chat. 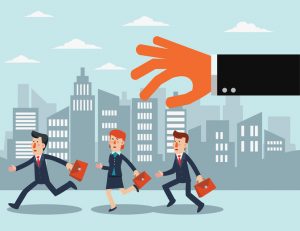 Check-in: Nobody wants to hate their job, and no one likes to be left out of important work communications. Studies from a variety of sources suggest employees want their bosses to talk to them. Gallup suggests leaders raise engagement on their teams by adopting a coaching approach. Rather than telling employees what to do, managers check in with employees, make sure they know what’s expected of them, and ask if those employees have everything they need to do their jobs well. 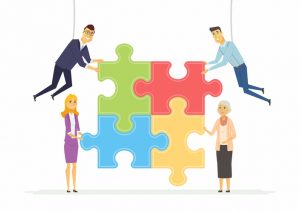 Those managers also ask employees about their long-term career goals, and how the organization can support those goals. When a manager sits down to talk to an employee, that worker feels the company cares about them.

Talk to the least engaged team members first: A manager who wants to adopt a coaching approach to management may be drawn to speak to the team’s superstar employees first. After all, they’re engaged, they’re informed,  they’re pleasant to work with. Talking to them about their career goals may seem like it directly benefits the team because those employees are less likely to be looking for a job outside the company. However, talking to the team’s best employees first does nothing to close the knowledge gap between team members. A manager who is measuring read rates on internal communications has a roadmap when it comes to coaching employees: the team members who aren’t responding to updates, who aren’t opening messages, or even seeing them needs to be talked to first. Even if you suspect they’re looking for a new job on company time. Managers need to sit down with those employees, bring them up to speed, make sure they know what they’re supposed to do at work, and find out what they need to work well. And even if they’re looking for a new job, managers need to talk to those employees about their career goals as well.

For a team to work like a well-oiled machine, everyone needs to have access to relevant information. If managers can keep everyone in the loop, there won’t be any more star employees, because every team member will be a star.