Chat and the Future of Communication At Work

Chat is the future of communication at work, however, we can’t get to that future when our habits at work are mired in the past.

The disconnect between the way we communicate when we’re at work and the way we communicate in the rest of our lives is real. At work, our internal communications look a lot like they did 10, 15, even 20 years ago — everyone was bcc’d on a mass email. In our private lives, however, we’re constantly messaging. We use social media more than we did then, and we use apps to talk to one another; WhatsApp, SMS, Slack and Facebook Messenger.

Our world outside of work has sped up but in work? We’re still doing things the old way, and that’s a problem: employees used to messaging won’t find mass emails engaging. And, as the workforce gets younger, fewer and fewer employees will be reading those mass emails.

If you want to avoid alienating your staff, it’s time for internal communications to evolve.

Our business practices, when it comes to internal communications, are old. Some go back more than a century. How many people in today’s workforce know what CC on an email stands for? What about BCC? Those two abbreviations, which stand for carbon copy and blind carbon copy respectively, come from the days when business letters were typed on typewriters using carbon paper to create copies. 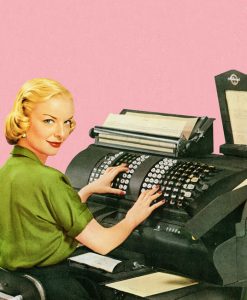 Those two abbreviations served the exact same functions then as they do now — people who were cc’d got a copy of the letter, while those who were bcc’d got a copy but were unable to see a list of the other recipients.

Carbon paper was invented in the 1800s. Isn’t it time we updated the way we communicate at work?

Email, literally short for electronic mail, is the modern version of the letter. Workers probably pay as much attention to it as they do to the paper junk mail that’s actually in their physical mailboxes at home. In fact, they may pay more attention to the junk mail because there’s so much less of it.

That amount of email is overwhelming; a recent study from Adobe found people spend 3.3 hours a day checking their work email. The study found they’re checking work email every few hours, no matter where they are: the gym, vacation, even formal ceremonies.

While they might be reading their email from bed or the treadmill, and responding to urgent work messages — client requests, or emails about projects that need their attention right now — they are probably not spending a lot of time on company announcements and other boring internal communications. In fact, although 77 percent of employees do open their internal email, only about 34 percent are reading those internal messages, according to a  survey by PoliteMail.

This doesn’t necessarily mean that email is going to die out immediately. Everyone uses email right now because they have to. But there is a shift happening. According to the Adobe study, older workers — those aged 35 and up — are more likely to use email than their younger colleagues.

Millennials have a love affair with messaging unmatched by any other generation. They grew up with chat — many of them remember AOL Instant Messenger fondly — and they continue to use chat in their daily lives to talk to one another. According to Gallup, texting is the preferred form of communication among Americans younger than 50. When they come to work, however, they’re forced to email like the dinosaurs.

That disconnect should be a point of interest for any manager concerned about employees who aren’t reading or absorbing internal communications; the oldest millennials will be 37 in 2018. By 2025, Millennials will comprise 75 percent of the global workforce, according to a report by Ernst & Young. Employees who remember what life — and work — was like before messaging will be in the minority.
If managers want to engage these younger employees and ensure they’re reading announcements, they’ll have to change the way they reach out to them. Millennials chat and text outside of work, using apps like Facebook Messenger, WhatsApp, WeChat, but when they come to work, they have to email like their older colleagues.

Chat is the way of the future

Millennials are, generationally, the biggest chatters, but they’re not the only people who like messaging. A Facebook report showed that 65 percent of Generation Xers and 63 percent of Baby Boomers prefer to message rather than call or email. 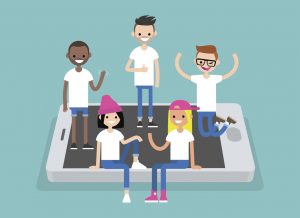 Facebook, the owner of both of the most popular chat platforms, Messenger and WhatsApp, concurs. According to its report, more than 1 billion people use Messenger every month, and 56 percent of those users expect their messaging will increase in the next two years. WhatsApp reports 1 billion daily users.

These users truly enjoy messaging as well; 76 percent said mobile messaging has improved their lives. One in two users says it’s improved their relationships with others, according to Facebook. And, of course, chat is a lot more fun than an email. Anyone who’s ever responded to good news with a Kermit flail GIF knows that.

Messages from the boss don’t have to be boring. In fact, they shouldn’t be. You want your employees to find work messages engaging — because the vast majority of workers aren’t engaged at work.

Only 33 percent of employees are engaged at work, according to Gallup. Those employees love their jobs, feel they’ve got open lines of communication with their managers, and understand their place in their organizations. The other two thirds either hate their jobs or are just coasting along, waiting for a better opportunity to present itself.

The sad part of this is that employees want to be engaged. They want jobs at organizations that share their values, and management to keep them in the loop. But that’s not the reality for most employees; according to Gallup, just 13 percent of workers believe the leadership of their organization communicates effectively with the rest of the organization. Gallup suggests that managers adopt a coaching model to fix the engagement problem, having frequent conversations with employees to check in, provide feedback, and offer guidance. 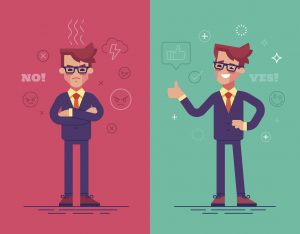 This is true of both employees who work in the office and the growing remote workforce; remote employees, says Gallup, are missing out on conversations with their managers.

This is where chat can help; rather than touching base with emails that might get ignored, a manager can simply chat with their team. It’s personal, and you know that your employee is reading and engaging with it because the app tells you when they’ve seen a message.

Getting everyone on the same page with chat

Chat is great for one-on-one communications with team members, but what about company announcements? Long, dull company internal emails — the kind packed with important information and sent to everyone —  are often the bane of employees’ inboxes. No one wants to read them, and individual chats aren’t feasible; the leadership of a large corporation can’t message every employee individually to make sure they’ve read new policy information.  Nor should the content of a mass email simply be transferred to a messenger app and sent to everyone — a long group message is even more unwieldy than a mass email.

There is a way internal announcements can be sent to everyone through chat: chatbots.

Chatbots, which mimic human conversations, is an ideal way to communicate with employees about internal issues using messenger. For example, if everyone in the company needs to update a form for HR, the chatbot can deliver a copy of that form, and remind the people who don’t respond to get that form signed and handed in on time.

Companies are seeing the benefits of using chatbots. Gartner predicts that by 2021, half of the businesses will spend more on chatbot creation than on the development of traditional apps. There’s a good reason for that; a Hubspot experiment found the open rate of Facebook Messenger broadcasts were 242 percents better than emails containing the same content. Facebook’s study found that individuals enjoy messaging their favorite brands.

That enthusiasm can be absolutely be channeled into internal communications; employees would welcome friendly reminders to turn in a time card, or quick check-ins, asking if they’re ready for the launch of a new sales campaign. And best of all for managers, chatbots can tell them who has read each message, who has responded, and who needs a reminder.

Chat — and chatbots — are the future of communication at work. By simply talking to your employees the way they want to be talked to, you can engage your workforce and increase your company’s productivity.  That’s worth a Kermit flail.